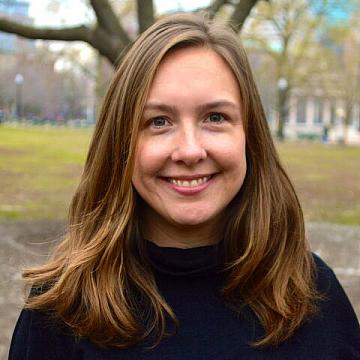 As SIF's first Chief Operating Officer, Melissa (she/her/hers) is responsible for building out the infrastructure, policies and practices, and team needed to support the organization's next phase of growth and development, while maintaining a commitment to SIF’s core values. In this role, she has overall strategic and operational responsibility for a range of administrative, fundraising, and programmatic areas, thereby freeing up the Executive Director to focus more externally. Prior to becoming COO in November 2022, Melissa served as the Director of Strategy & Operations for five years.

Melissa joined Social Innovation Forum (SIF) in January 2016 in the newly created role of Senior Manager, Development and Communications. In this role, she helped SIF build its fundamental development systems, developed a communications strategy to engage a broader audience in SIF’s work, and oversaw the planning and execution of the organization’s major events. Prior to joining SIF, Melissa held a variety of consulting and staff roles in the nonprofit and government sectors, including serving as the Communications Specialist for the Boston Public Schools and as Development Officer at Crittenton (now Economic Mobility Pathways), a large, multi-service nonprofit organization. She is passionate about SIF’s model and looks forward to using her experience to help strengthen the organization’s impact in the greater Boston community.